January 21st may seem like a strange day to write a post about gardening in Wisconsin. Here in Madison, several inches of snow obscure the soil, and nightly below-zero temperatures are a weekly occurrence.

However, January is a great month for making plans for the upcoming 2014 season. If you're anything like me, you'll be starting seeds indoors within the next few weeks, are still deciding on heirloom varieties, and are facing an inevitable late-spring dilemma in which you realize that no, you don't have space for both 10 tomato plants AND tomatillos AND a healthy green bean crop.

I like to draw out my plot, month by month (or at least season by season), sticking plants here and there until some sort of design emerges. I have done this in years past by hand, but have decided to go with a powerpoint this time. My hope is that the powerpoint format will be easier to edit in the future than the hand drawings, which take hours as I become consumed with the details.

While you may prefer not to put your plans into writing now - or at all - there are a few principles that are helpful to keep in mind while putting seeds and plants in the ground. My next post, the first week of February, will touch on 1) timing, 2) space, and 3) companion planting. For now, I will simply share my plan as an illustration of one way to see a garden space through the growing season. 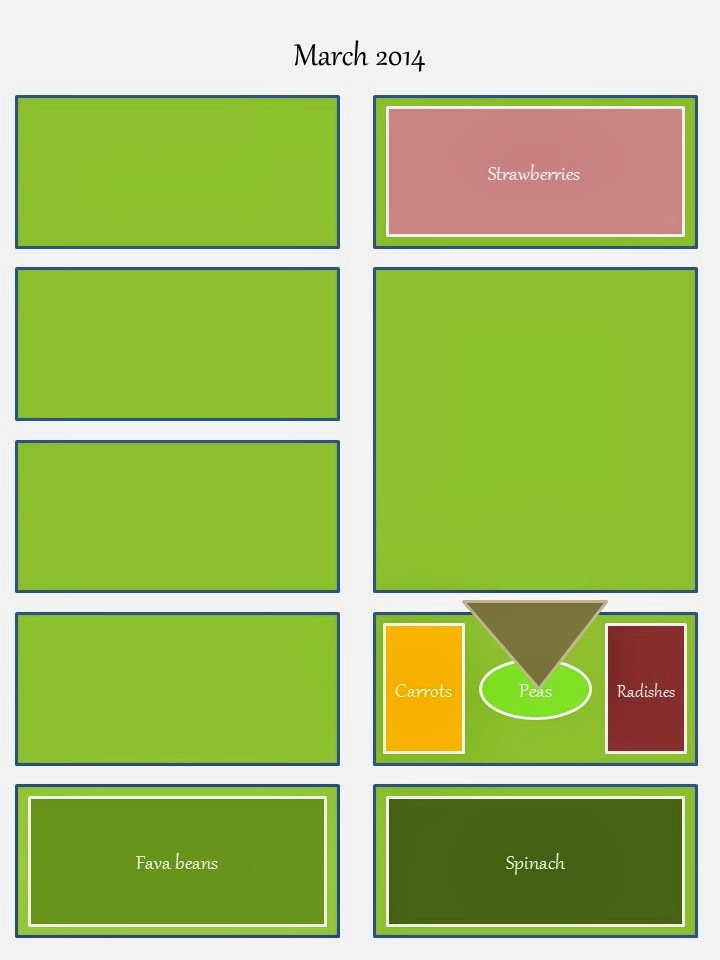 March
A born risk-taker, I adhere very literally to the phrase "as soon as the soil can be worked." Depending on the snow and state of the soil, this can be as early as mid-March. (Last year, we still had snow in the ground in late April, so sometimes plans have to adapt to Mother Nature.)
Ideally, I will be planting spinach, peas, fava beans, and root vegetables by the end of March. These crops are frost-tolerant, so I am not worried about losing them. I have had a lot of advice in the past about waiting longer, but have never lost a spring crop to frost, and will continue to take the risk. If you are risk-averse and/or can't stand the thought of resowing these seeds, it may be in your best interest to wait until early or mid-April.
If you choose to plant peas, remember to provide a support of some kind (the upside-down brown triangle represents the trellis in my plot). 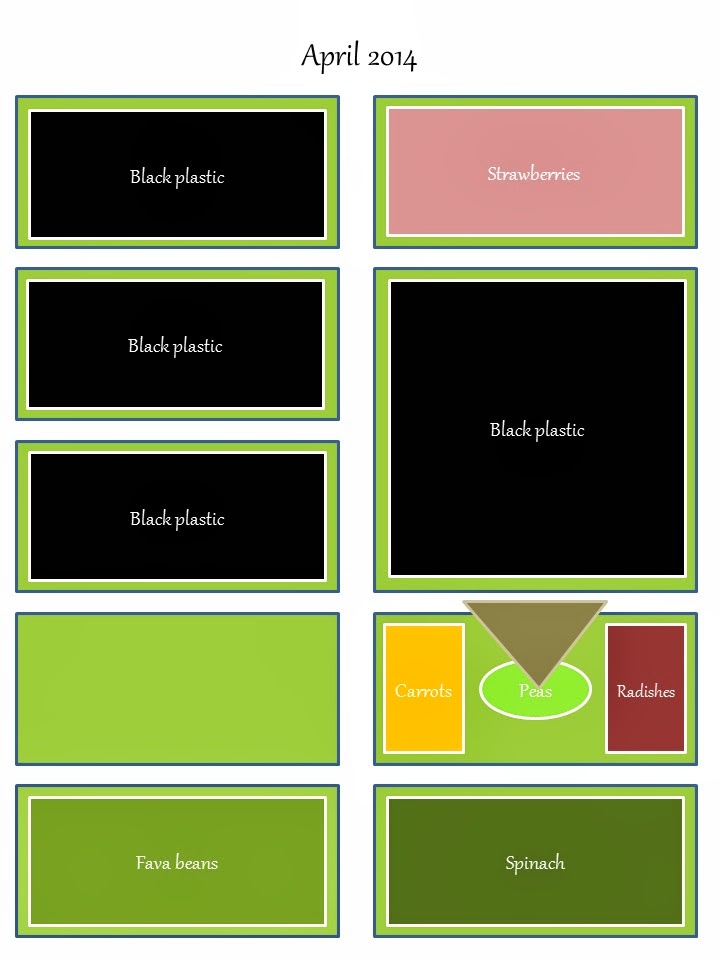 April
Aside from sowing second crops of the early spring vegetables, I spend April patiently awaiting the bounty planted in March. I also put down black plastic over the soil where I plan to plant heat-loving crops, such as tomatoes, eggplants, and peppers. While not universally popular, I find that the black plastic method does speed up the growth and fruit production of these plants, as well as keeping weeds from popping up.
Speaking of weeds, April is a prime month for weeding. While the soil is still too cold for most of your food crops, several weeds find this month a perfect time to germinate and slowly conquer your plot. I will post sometime in the next few months a guide to weeding. Just remember to be vigilant. 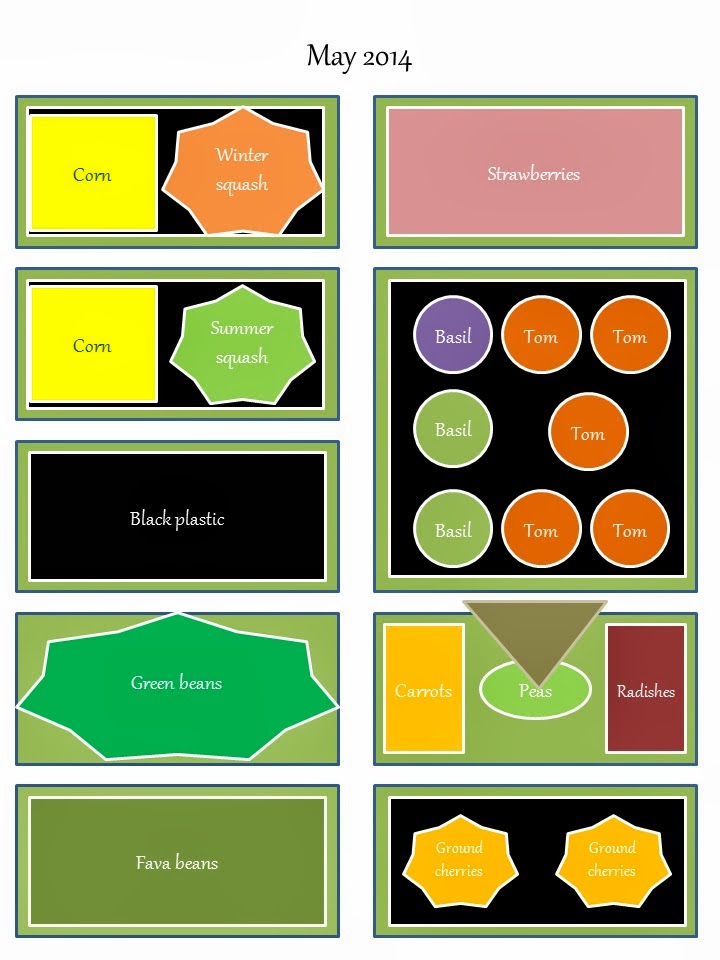 May
By May, it's safe to say that the growing season is well underway!
Whether your buy your summer transplants at the Eagle Heights Community Garden warm-weather plant sale, at the farmer's market, at Home Depot, or even start them yourself at home, now is the time to get them into the ground.
Crops to transplant in May include: squash (summer, such as zucchini, and winter, such as butternut), tomatoes, ground cherries, tomatillos, warm weather herbs such as basil and melons.
Crops to sow directly include: green beans and corn.
Note that I have planted/transplanted some of these crops through the black plastic to speed up growth and fruiting. 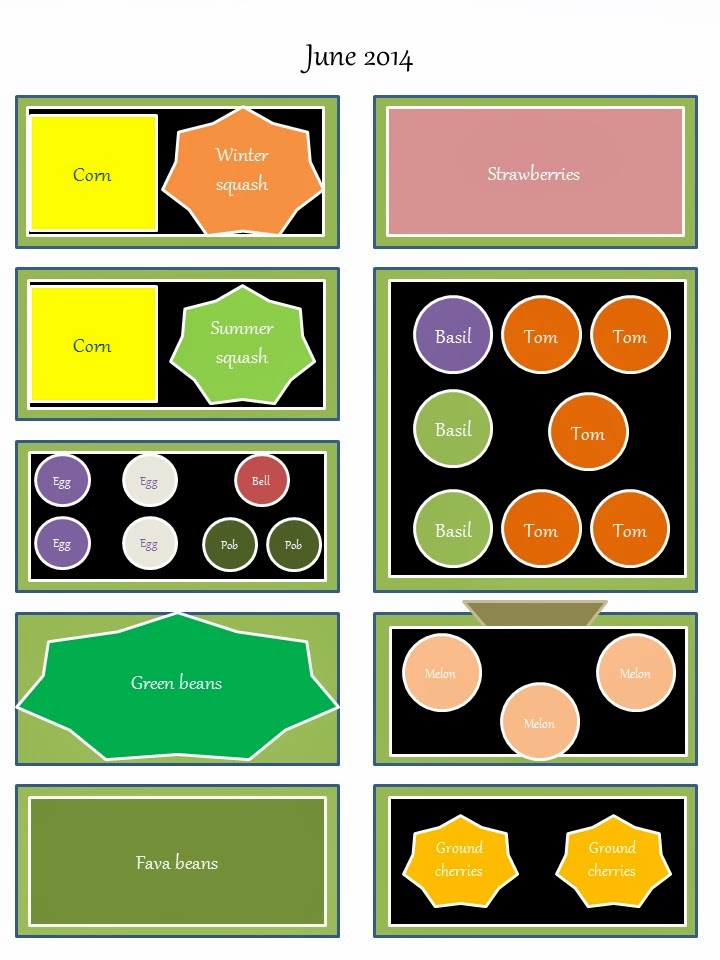 June
I prefer to wait until June to put fussy, heat-loving crops like eggplants, peppers, and melons outside. This decision is partly because I plan to keep harvesting my peas, carrots, and radishes into mid-June, and am willing to wait until I have harvested the last good sugar snap pea pod to put my melons in the ground. Having a limited gardening space means that you sometimes have to stagger crops, intentionally putting off a summer crop to allow a spring crop to run its course. 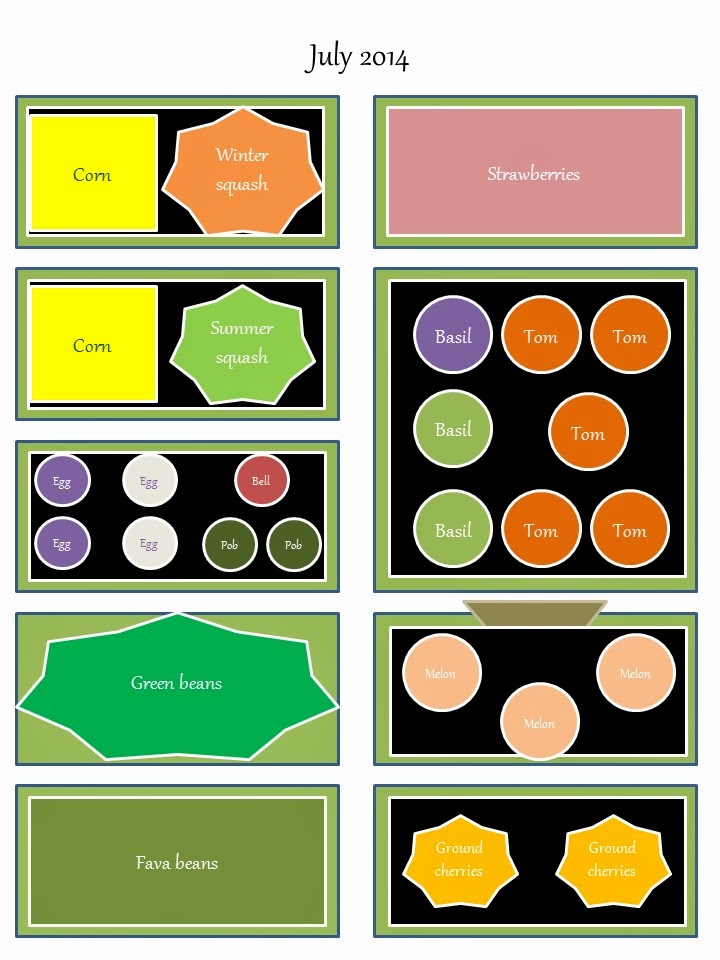 July
July is mostly a month for harvesting. It's too late to put most summer crops in the ground, and too early for the fall crops. The fava beans, and any remaining spring crops, will shrivel up by July, and can soon be replaced. 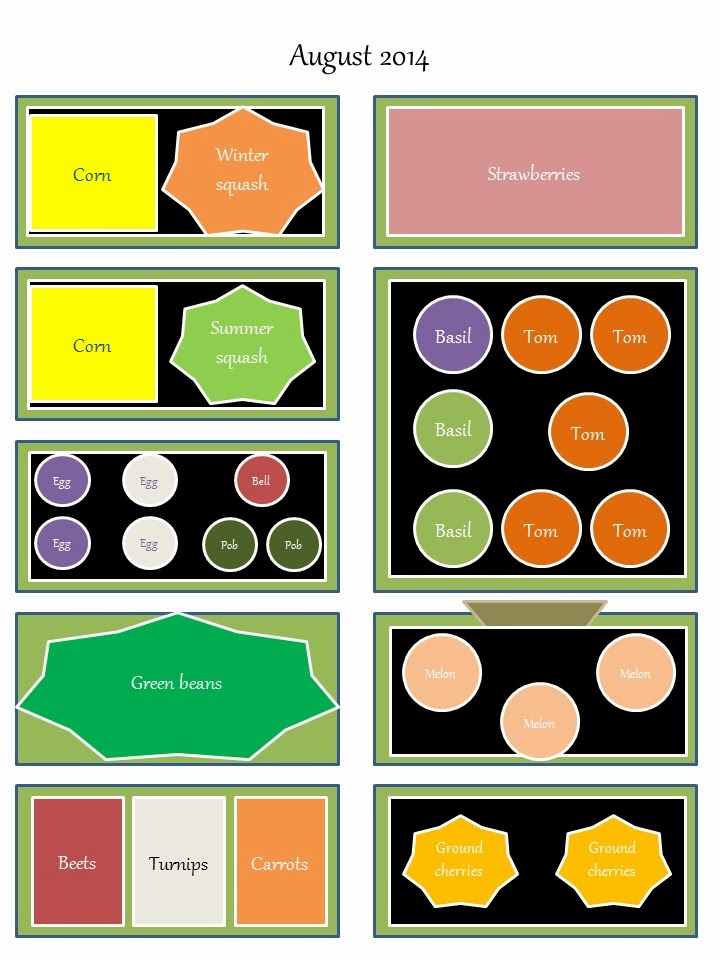 August
Once the fava beans have run their course, an early crop of fall root vegetables can be planted. Most of the summer crops are still going strong. 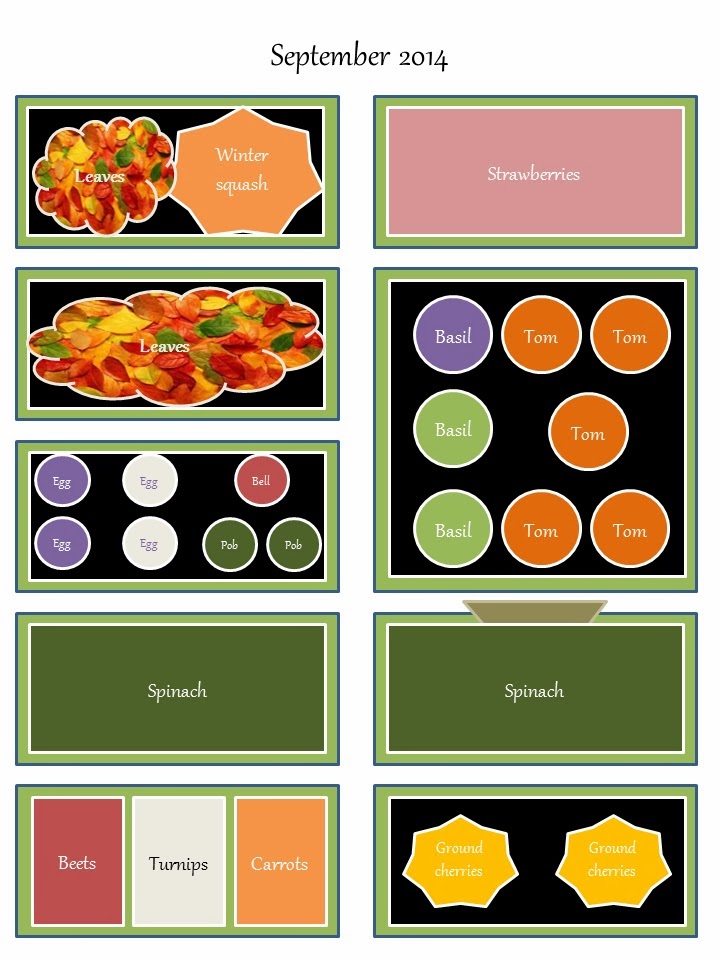 September
By September, several summer crops have stopped producing, and can be replaced by more fall crops. I like to plant large amounts of spinach, as it can be frozen easily. In places you don't plan to plant fall crops, a heavy pile of leaves make a nice mulch to prevent weed growth.

Come October, a hard frost will inevitably kill almost everything in your plot. A final harvest of tomatoes, peppers, eggplants is accompanied by the harvest of winter squashes, a harvest long in the making. My spinach frequently grows through lights frosts, but with few exceptions I am done gardening for the year.

What do you plan to plant this coming year?
Posted by Eagle Heights Community Garden at 1:46 PM